ONE YEAR ANNIVERSARY OF OIL-BY-RAIL CATASTROPHE IN MOSIER, OR

WHAT: On June 3, 2016, the small town of Mosier in the Columbia River Gorge, near Hood River, made regional and national news of the most unfortunate kind. Firefighters battled for 14 hours to contain a dangerous oil fire from a derailed 96-car Union Pacific train carrying highly flammable Bakken crude oil. One year later, leaders from Northwest communities are coming together to demand a thorough cleanup of Mosier and an end to reckless oil trains.

WHO: (Public rally speakers will include):

VISUALS: Large crowd holding colorful banners and signs, followed by a march down to the river. (Archives: Library of 2016 archives available, email liz@columbiariverkeeper.org.) 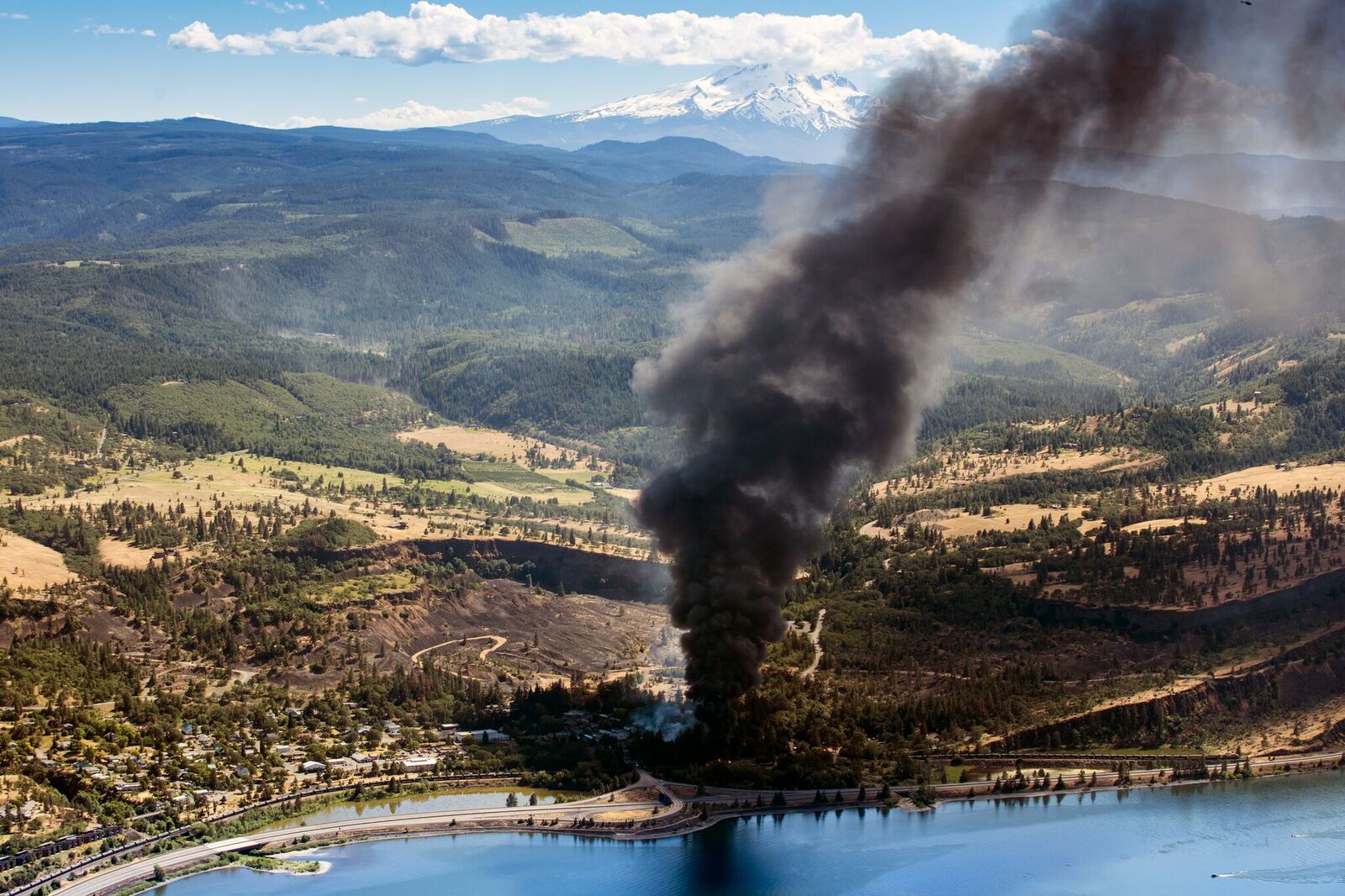 Background
On June 3, 2016, all eyes in the region turned to the tiny town of Mosier, Oregon, as firefighters battled for 14 hours to contain a dangerous oil fire from a derailed Union Pacific train carrying highly flammable Bakken crude oil. Students at the Mosier Community School and some residents were evacuated from danger, oil spread in a sheen on the Columbia River, and the community of Mosier lost sewer and water service for days due to contamination risk. Once the fire was out, tribal leaders, elected officials, and local community members gathered at the site to call for an end to oil train traffic through the Columbia River Gorge.

One year later, Mosier’s groundwater is still contaminated, and oil and railroad companies are seeking to expand oil and coal train traffic through the Columbia River Gorge, a National Scenic Area, despite opposition from Columbia River treaty tribes, the town of Mosier, and many larger cities along the potential route.

In the coming months, Washington Governor Inslee will make a final decision about whether to deny the Tesoro Savage oil train terminal in Vancouver, a project that would bring up to five loaded oil trains each day through the Columbia River Gorge. Mosier’s experience should be all the evidence that Governor Inslee needs to deny the oil train terminal, and we will gather to send a clear message of support for Mosier, cities like Vancouver, Spokane, and Portland, and tribal communities who are standing up to oil.

STAND UP TO OIL is a growing coalition of groups opposed to new oil terminals and an increase in oil transport through the Northwest. Learn more at Standuptooil.org.